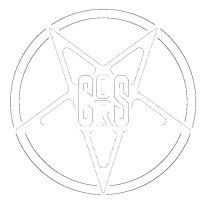 I'm NOT your Brother

I’m NOT your brother or sister. For simplicity, I'm going to refer only to brother, but the feeling is the same for those that call all sisters.

Yes brother, hail brother, three bags full brother, I don’t know about you, but every time I see that being said I release a hackneyed sigh, an internal eye roll and a finishing face palm. I really struggle to see why this term is used in Satanism as a mark of respect, it, in my opinion simply doesn’t work. Maybe a quick look into where the term is used will show you why I don’t think it’s an appropriate greeting within Satanism.

Within a Christian order Brother is used to signify someone who has given their life to Christ, through understanding and following the vows of the religion, but he is a Layman as he is not a priest and only works within his capabilities. Now to switch that into Satanism that would render Brother meaning that you’re a Layman as there is someone higher than you, there is no one higher than the self in Satanism. It also means in Christianity that you are meant to act like a brother to others, it’s an expected way of behaviour, so to be a brother you must act accordingly to the expectations that a brother would, I see conformity, to be called brother are you conforming to an expectation of how the other individual perceives one to act?

In the early days of Christianity, they were Lay brothers, people who were restricted to manual labour for the abbey, this brought with it a stratification of classes within religion, with lay brothers at the bottom of the order and priests and seminarians having complete control over them.  These brothers had none or a very poor education and this was simply no better than a master slave relationship that wasn’t addressed until the second Vatican council. That is a very poor position to be held within a system of belief, why would we want to relate the term with individuals in our own system? There is no bottom of the order in Satanism.

To bring it forward to modern times religious brothers have much more authority and moved towards more professional ministries and partake in advanced studies where that was previously not allowed, there are even congregations of only brothers and share equal status as priests, but they all have the same belief system, they are equal through mass conformity, the religious views render their system the same so the term brother relates to them being related through belief. That can never work in Satanism as no two systems will ever be the same, we can never be related through belief in a system that promotes individuality. Maybe with this new wave of Satanism that has no philosophy, but a simple list of tenets, Brother could be accepted as they all share the common goal of changing on the whole through their actions. Brother could never relate to the Rational Satanist as each person’s goal is different; each system is different so a belief relationship couldn’t exist.

Brother means a man / boy in relation to their parents other sons or daughters, so to be blunt if you didn’t come out the same scrotum or vagina as me then we hold no relation and I am simply not your brother!

You can see Brother isn’t a mark of individual respect, it's a mark of conformity respect, they aren’t respecting the individual, they are respecting your actions through a belief that they see the same as theirs. We are individuals taking on the personification of the beast, we are the highest embodiment of human life, and we are Satanists. To greet a godhead, what better way than to use their name, the name of a God, use Hail (insert name here) or use Hail thyself as that’s signifying that you are individual in your system and actions have earned respect, so the greeting is a respect of the highest part of you, the self, so to say it between Satanists is a pat on the back, telling each other to keep up the good work, you can even end it with friend, mate or buddy, doesn’t Hail Thyself mate mean much more to the individual than Hail Brother?

Don’t be all cliché calling individuals brother, as the meanings behind it from an ideology point of view can be quite insulting, we are not conformists, we are individuals, we have no relation through system so we don’t act towards each other in a manner that’s expected from a brother, show your respect by hailing the individual, telling each other to hail thyself and acknowledge the friendship you have as individuals, not related through system conformity.