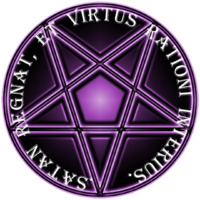 Nature can be one of the most beautiful things around us, it’s our natural environment away from the hustle and bustle of city life that brings with it peace and clarity. Who hasn’t taken off in to the woods or to a quiet costal town to really unwind? The sounds of a slight breeze blowing through the leaves of many trees as you gaze at a beautiful sunset on the horizon can be a relaxing experience, but it’s also one that some people, including myself have trouble with appreciating, although I do have a way of appreciating it, I want to show that sometimes “knowing” isn’t beautiful.

This situation spawned one day when my partner was gazing out of the window, she then turned to me and said “look how beautiful the sunset is”, when I went and took a look it was an abundance of many shades of red settling down behind a view of tall office blocks and steeples from churches, then the knowing in mind kicked in. I wasn’t seeing the beauty; I was dissecting the event in my mind like I was giving some sort of scientific lecture. I was picturing the light energy waves of vibrating magnetic and electric fields that make up part of the electromagnet spectrum with each colour having its own frequency.  I was visualizing how the light moves in a straight line until it comes in to contact with something, in this scenario the Earth’s atmosphere, and gets interfered with and scattered in certain directions. I knew that at sunset the light must travel further through the atmosphere to get to us. So more of it is reflected and scattered giving the sun its dimmer appearance as only the longer wavelengths of reds and oranges are left to be seen. Through the understanding of the mechanisms I had lost the beauty of the event, even though the universal mechanisms have a beauty of their own, taking the mystery out of a simple aspect of nature has removed the ability to see the natural beauty that it is. The same scenario can occur with waterfalls, they have a powerful beauty that one can appreciate, but to those who look in to geology, they would be dissecting the event knowing that water had been flowing over hard and soft rocks with varying levels of erosion, over time the softer rock is further cut into by the water ultimately making the water steeper beyond the hard rock layer, this would also increase the level of erosion as gravity would be kicking in increasing the speed of the water, this continues until the water flow is nearly or completely vertical, and then you have a waterfall, and the erosion continues directly underneath to create the “plunge pool”. The geological knowing has taken the beauty out of it simply being a waterfall and a powerful force of nature.

Gemstones are another natural beauty of the world that we all have access too. The shiny stones of varying colours found in geodes and rocks are great examples of how elements fuse together to create beautiful things. A nice piece of quartz that’s glimmering as light hits it is a prime example of how things through nature can be created naturally over time through different forces of it. That being said the gemstone can also lose its simple aesthetic beauty by knowing of how it came to be. That beautiful shard of quartz would be dissected knowing that they are an important make up of many rocks and are formed in three types of environments, high silica content molten rocks, in pegmatites or watery solutions of silica. I could go on to describe the three different process in each environment of how it is created and the chemical process of its formation, but I think the point has been shown that knowing how they are formed has removed the beauty of it just being a beautiful stone. Where gemstones are concerned I do believe there is a line to be drawn with seeing the natural beauty of what it is and giving it a transcended meaning of metaphysical proportions. Can a crystal absorb energy? Could a naturally created stone purify and clarify on the spiritual, mental, and physical planes? As a gemstone I don’t think so but its apparent how the belief that it can would create nothing more than a placebo of it having the desired effects. Let’s put it this way, if it was said that putting a piece of quartz inside your kettle so each drink you make from it would give your insides a clean and remove negative energy was spoken by some spiritual guru, then overtime that would create a placebo effect of success down to the belief system, that has replaced the natural beauty with irrational delusion. Although that viewpoint of gemstones would be for the 10% if it played part in your paradigm, I wanted to show the example that knowing can remove the beauty, but a belief can also remove the beauty by making it something that is isn’t.

What we as Satanists have at our disposal are ways of seeing things by using our minds in different ways. Sometimes knowing about something removes the beauty, and as Satanists we spend our lives acquiring knowledge on all different things to get an understanding, so how do we get the beauty back? What we have is intellectual decompression that is attainable whenever we want to tap in to it. Being able to supress our knowing and shift from the 90% to the 10% with such fluidity makes it such an easy process to shift from your knowing to the beauty of what it is that you want to experience. This form of decompression isn’t the same that you attain while in your ritual chamber, this is simply lowering your perception so you don’t overthink an aspect that has an inherent beauty that is there to be appreciated, not dissected. This chapter shows that on its own knowing isn’t beautiful, but as Satanists we have the ability to know and still appreciate the natural world around us, don’t overthink it, for that moment in time where you need the beauty of nature, just sit back and absorb through your senses the show that our natural world is putting on for you.