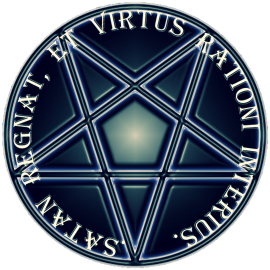 I think a lot of issues that are faced when talking to people of different belief systems stem from two distinct places that are:

1. we are looking at a subjective system that, quite possibly, has taken this individual a lot of hard work and struggle to get to the point they currently sit at.

2. we are looking at things from our own subjective view and through our own experiences.

For many people their belief system would have been the result of spending years searching for a path that they felt was right and works for them. Obviously though, you will have some who were brought up in a set belief system, so they will have a set of ideals from this belief structure en-grained into them like grammar lessons learnt at school. For many people a ridged belief system works well for them as it gives a set of boundaries and takes away a lot of the experimental elements that finding and developing a personal belief system consists of.

However problems arise when in 5 or 10 years times when these same belief systems no longer work to their full potential because the individual has adapted and evolved to the world around them but their belief system hasn’t gone through the same process of changes. These individuals are therefore metaphorically cooking with prehistoric recipes on modern equipment without adapting the timings and wondering why everyone is complaining the food tastes crap!!

For me this is what I feel we encounter within lots of different groups both on and off line. Individuals will desperately cling to a belief system they think works best for them and even more so if they have not questioned this system in a while, if at all, in some cases. However when a question is brought forward, about the system, their automatic reaction is to go on the defensive and they will generally feel personally attacked by those that have questioned their system. The main reason for this feeling of being personally attacked and the subsequent reaction of the individual is because it is here a fundamental problem happens within their rigid system. If the new evidence that has been brought forward contradicts their rigid belief system, then that same system now becomes defunct, obsolete and useless. They will of course fight you tooth and nail and even argue that the sky is green, if they need to, in order to keep the comfort of their belief system in place. Remember their belief system would have been with them for a very long time and subjectively help them through some really tough times as well as the result of many sacrifices such as time or in some cases enjoyment.

Now as a Rational Satanist we have the ability to adapt and change when we are presented with new information as we are able to paradigm shift and with the adaptability of our own S-Theories we do not need to remove or replace huge sections of our system. Also, and I think most importantly, our entire system does not crumble and need to be started from scratch again. This I feel makes us, as Rational Satanists, a lot less fearful of questioning ourselves and others as it comes naturally with our S type personality. This lack of fear and constant questioning also makes us very confident in our own belief systems with which we can easily defend and back up if questioned as we have fully tested it. All the while still being comfortable enough to adapt, change and paradigm shift if and when we are faced with new or better evidence that can be used as an enhancement within our own belief systems.

So going back to the points made at the beginning, I feel, we need to be concious that individuals with this rigid belief structure can find it very difficult to see an alternative view point; especially if the one presented is the exact opposite to the one they currently hold. When it comes to these types of people, first things first you’ll need to establish some kind of common ground, if you want them to at least acknowledge your point of view. From this common ground you will effectively need to walk someone ,by the hand, step by step to see your stand point. However once there the best you can hope for with some is the simple acknowledgement that there is a view! Think of it a bit like helping someone with a fear of heights look out of a window on the 30th floor of a building!!

Maybe in conclusion to this essay that’s the best we can hope for and the way we should approach things in these types of conversations. We shouldn’t try to convince people that the way we see the world is the right way, much in the same vein as most of the other major religious belief systems. We shouldn’t try to replace someone else’s system with our own. We just need to be willing to acknowledge that we understand an alternative view even though we don’t accept it or find it useful for ourselves and our own system.

There seems to be a very thin line between an argument and a discussion in general at the moment, especially with everyone’s heightened emotional charge surrounding political issues making them lash out in other areas to compensate. If you shout and scream at people to try to get them to do what you want, or think the way you do, they are only going to turn off to what you have to say and fight against it even harder.

We should just be content with attempting to help others to understand and at least relate to or acknowledge the way we as individuals and critical free thinkers see the world. I think this non-aggressive approach will actually get more people to open up to new ideas, to look and to listen to how a Rational Satanic approach or in fact any alternative system to their own for that matter, could be more beneficial to themselves. All without losing everything that they have gained and worked for up to this point. This might not be right away, of course, but at some point later as a would have planted a seed. You might not know it but through engaging in discussions and not arguing with people, individuals will begin to ask the same questions and hear what has been said to them rather than be raging at the ‘stupid opinion’ of someone else.

Note: I use the term belief systems and belief structures in this essay as I think this is a wider problem than just the major religious groups and I think a few people who call themselves Satanists would do well to read through this and take on board some of the advice. Thanks for reading, happy paradigm shifting!!