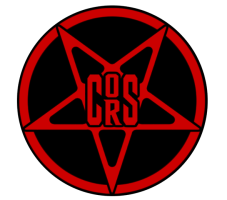 Going back through the years regarding Satanism the varying differences were so easy to categorise, you had Spiritual and atheist; some would term it Theistic and LaVeyan and that was mostly it, you would find people would either resonate with one or the other, and then waste time arguing the points about which system really was Satanism. I have spent many a night watching the debates unfold between different “sects” where one would be putting forward their subjective axiom as fact while the other would be laying out facts in a way to belittle the other, Where I was comfortably sitting on the third side seeing through the rational Satanic paradigm that both parties were not at error with what they were saying. They were simply stating their individual system that they both believed, the only thing different through my perspective was each having a different fraction on the 90% 10% concept and working from a different model dependent reality, which again is completely individual dependent. In these times, although there were differing ideological stances people were embracing Satanism as the counterculture it was, living away from the social norms, it had the occult feel of only being there for those who wanted to know or who had the s type personality and wanted it to follow it through whichever ideological stance they resonated with.

Sadly in this new day and age the counterculture of Satanism is being tarnished by the mainstream. The rise of the Satanic temple has stripped away the very values Satanists hold close and thrust Satanism in to the limelight, living up to cliché expectations and converting a system based on self-improvement to a system that shows compassion to all. Compassion is something as Satanists we should never offer to “all” that is an irrational stance to take and completely strips out any sort of reasoning from the individual. Their actions have pulled Satanism through the faucets of counterculture to mainstream and can only be described as damaging to the system as a whole. Satanism is a system of study and improvement, even this and the philosophical aspect has been pulled out of the “mainstream version” with it being replaced by a simple seven tenets which could be called basic common sense, but “mainstream” members don’t have to agree with them to join, and there disappears and sort of quality control. That is even apparent with the chapter heads, I’m sure I’m not the only one who has noticed this, but one of the tenets does say “The freedoms of others should be respected, including the freedom to offend” what I find amusing here is that rule doesn’t apply if it's aimed at them, all you will get is shut down without any signs of reason, hypocritical much! Although I will have to add as I live in the UK, and we don’t have the types of issues that they deal with in the United States that my observations stems from looking at what I see from my viewpoint, but I also believe they could have simply used “The Atheist temple” and still manage to fight a corner.

As a Satanic organisation in this damaged day and age the question is “what can we do to retain the counterculture values? We at the church of Rational Satanism have something that is unique, something that isn’t available in any other Satanic organisation, our philosophical concepts are built for the individual to own, as I have said before this renders no two rational Satanists the same, we all live our own counterculture lifestyle through an individual model dependent reality, and it’s because of this action that it would be impossible for the rational Satanist to become “mainstream” as the only common cause is benefitting the self, which is individual dependent. Another battle we can and are taking forward is not making our philosophical system mainstream but simply educating people to what Rational Satanism is. Through our lectures and appearing at events we can educate individuals to what Satanism can actually do to improve the self and them leave them to ponder whether the s type personality is in them, It’s going to be a long haul, but I personally believe that people want the substance that the counterculture has not the empty void that the mainstream provides, it’s a simple choice of be an individual or be a black sheep.

Someone did mention to me the other day if I was ever going to produce the Rational Satanism philosophical books in digital format, this is another reason I am against that, occult can stand for hidden knowledge or available to those who want to know, soon something is made digital it can be added to sites and downloaded anywhere, that then makes the system mainstream where people who don’t even hold a satanic nerve can claim to be a Rational Satanist, that’s something I can’t allow to happen so our philosophy will remain only there for the select people who want to learn and own the books.

So as an organisation we are doing everything right, we are living the counterculture that our system creates for us, we are complete individuals in a community of likened minds, we are accelerating at a good pace and those minds who the mainstream have tarnished will have the opportunity to be emancipated through our philosophy and take Satanism back to where it should be, keep holding your proverbial horns high, be proud and hail thyself.